The VersaMe research team got out in our community last month and test-drove the Starling with local Spanish-speaking families. The results were inspiring! In just one week of using the Starling, these families increased their word count by 16%. And the process itself got parents talking and thinking about ways to engage more with their children. In our book, that’s a big win.

Here at VersaMe, we believe that educating parents about the importance of talking to their babies is so crucial in every community. The science tells us that verbal engagement is one of the key indicators of a child’s success in life, and 90% of parents overestimate how well they’re doing. As a company, we work hard to make sure that the Starling is changing lives and promoting early engagement everywhere regardless of income bracket, background, or hometown.

That’s why we collaborated with the Charlotte Bilingual Preschool, a non-profit in our own backyard that prepares at-risk Spanish speaking children for success in school and in life. The organization focuses on involving parents in early childhood education, and it was clearly a perfect fit for the Starling.

We tested the Starling with 10 Spanish-speaking families who we met through the preschool, and we couldn’t be happier with the results!

We began the trial with a quick orientation meeting with the VersaMe team and participating families. We had a lot of fun chatting with the moms, playing with their little ones, and talking to them about some of the cool science behind the Starling.

The parents were impressed by fact that 80% of brain development happens before the age of 4, and by the enormous impact that talking directly to a baby has on their language skills throughout their life.

We gave each family a Starling for their infant and asked them to use it for a period of 10 days. We were amazed by how fast the word count started going up! The trend line of the word counts, in only a little over a week, showed an increase of 16%.

Even better, the parents actually enjoyed the experience. One mom said to us, “I loved watching the numbers go up as I talked to my baby. It felt like my homework, but in a good way!”

Another mom, Daisy, told us, “Because of the Starling I was paying more attention to my baby… I learned how important it is to talk to my child for her development!”

And another, Ana, said, “During the week that he was wearing the Starling, I tried to talk more with my son. I noticed that he’s paying more attention and talking back! He was trying to respond, even though he can’t talk yet. Can I buy one of these?”

We heard stories about how the whole family got involved in improving word count during the Starling trial because it became a game. A few older siblings of the participants were jealous, and they asked their moms if they could have Starlings, too.

And the babies loved wearing their stars! After a few days, the mother of a two-year-old girl said that her daughter asked her, “Star? Star? Where Star?” before she clipped her Starling on for the day!

The data and the responses from parents confirm our belief that the Starling is a game-changing tool that can help babies and young children from all backgrounds reach their full potential!

We are currently developing advanced software for non-profits and organizations so they can use the Starling with large groups. This trial was an exciting step for us in that direction, and we are looking forward to getting more Starlings in everyone’s hands.

Even the teachers were testing out the Starling!

Thank you for working with us, Charlotte Bilingual Preschool! 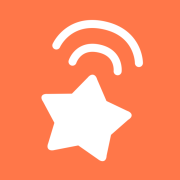 What’s in a Starling Start Number?