“Stay in the chicken!” yelled my two-and-a-half-year-old indignantly. I swallowed a laugh and a smile until I safely arrived in the chicken (read: kitchen) where I allowed a chuckle to escape. My son often runs into struggles when trying to communicate. This is mostly because in our house Spanish is the main language, but I also speak English to both of our children.

Raising bilingual children seems less intimidating to me now than when we started with our first child, and I will probably experience less anxiety with my 8-month old daughter than I did with my now 3-year-old son. It’s a relief that I’ve learned some things along the way. Here are a few of the joys and challenges that come with raising bilingual children:

It’s Hard to Get Used to
When you hold your brand new baby and begin talking to her, you’re probably not sure what to say. It can feel like you’re talking to a rock. Some of the things you say to your baby are partially intended for other adults in the room to hear. So, if you’re speaking to your child in a language that no one else in the room understands, it feels kind of awkward. They wonder what you’re saying to your child and what’s going on.

In my case, I speak with my children in English, but we live in Guatemala. My husband’s family is used to it by now, but I often find strangers looking at me and wondering what I’m saying. Sometimes they even ask if my children understand me. Learning to ignore the gawking and to not feel silly speaking a language that no one else understands took some time. With practice, it grew natural. Now, I don’t even think twice when I speak to them.

They are Perfect Little Translators
“Go ask your abuela if you can have a banana,” I told my hungry son at his Guatemalan grandmother’s house. So, he went right up to her and said, “Mama Mila, me das un banano por favor?” It’s become commonplace, but when I realized that I could speak to my son in English who would then translate the phrase into perfect Spanish, I was amazed! I knew it would eventually happen, but it is a relief and a joy to know that your child can comfortably switch between languages, navigating between the two to communicate how he wants.

It Takes a While
Being patient is hard. I had read the books; I knew the research. I was aware that my kids would take a bit longer to fully develop both languages than if they only had to learn one. I still occasionally worry even though my son now uses complete sentences in both languages quite readily. But the beginning is tough, and the road can be long. My son spoke Spanish more quickly than English, and I was worried that the English would never click. When he was 18-months-old, I even made a list of all the words he knew in both languages. Although there were more words in the Spanish column, I was relieved to see he actually knew many of the words in both languages. Having faith that our son was absorbing all the words we spoke, sang, and read to him was hard. Now I know that it does indeed stick.

It’s Hilarious and Fun
Bilingual kids are just downright funny. All of the mistakes and incorrect uses of language are hilarious. They use language in creative and new ways I never would have thought of. My son often begins a sentence in English and ends in Spanish or vice versa. He’s also been known to conjugate English verbs as if in Spanish. He’ll say “lookeame” meaning “mirame” or “Look at me.” Oh it’s funny! There’s nothing quite like it.

It’s a Balance
While I work very hard to speak in English to my son, expose him to new vocabulary, and get him to speak back to me in English, I’ve had to realize it’s a balance. It’s important to me that he be bilingual. But, I’ve had to learn that my relationship with him is more important than if he responds to me in the correct language. If he uses the wrong language, I will sometimes ask him to repeat what he said in the correct language, but I have learned there’s a time and a place for this. If I push him too hard, he won’t want to communicate with me at all. I try to keep things fun, and I don’t force it.

If you’re starting your journey raising bilingual children, enjoy the road. Although it can be challenging and you may feel worried at times, have faith. Kids are smart. Keep at it, and you too will find there’s nothing that equals the pride and joy of hearing your young children speak two languages with ease.

Now, you tell us: What have you learned about raising bilingual children? 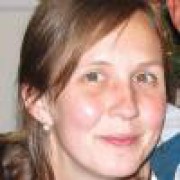 Rachel Peachey is a Montessori teacher, writer and mom of two little ones. She currently lives in Guatemala with her family where she wakes up to the best home-grown coffee in the world. She has always enjoyed working with children and began teaching English upon her arrival in Guatemala in 2009. Pretty soon she found herself working at a small Montessori school where she later completed her Montessori Guide certification. She now works from home to enjoy more time with her three-and-a-half-year-old son and eight-month-old daughter. She also began a small library in the town where she lives and volunteers much of her time there.

Repeat after me: don’t say that!