Have you ever wondered why you have your father’s nose or your mother’s sense of humor? We all take after our parents in some way or another. In the debate of nature versus nurture, some things are obvious. For instance, it’s unsurprising that I was born with blue eyes given my parents share the same color. Score one for nature.

On the other hand, I don’t think I was genetically predisposed to love and have fierce pride for my hometown of Jersey City, NJ. I’m guessing my European ancestors didn’t pass down that trait after it was honed by generations of natural selection. Score one for nurture.

Quite a bit of each person is pre-programmed by their parents’ genes. Skin color, hair color, and height are all largely determined by genetics. At the same time, few question the importance of a baby’s nutritional intake or the impact that birth order has on a person’s personality.

We know nature and nurture both matter, but we don’t know the precise mix of the two that turns us into the adults we become. I believe most people give undue credit to genetics, largely because no one remembers early childhood. For example, most of us assume we are as smart as we are because we were born that way. I certainly never remember being any less or more smart than I am today.

But research tells us that intelligence is largely set before kindergarten and is heavily influenced by how much our parents talk and interact with us. In other words, your intelligence, grades in school, and SAT score were determined during a pre-memory period in your life when your brain was developing the quickest. And the greatest input was verbal engagement from your parents because each time they talked to you, your brain fired up and formed new connections.

90% of your brain growth happened before your first kindergarten memory, and even that statistic understates the front-loaded nature of child development – 82% of brain growth happened by your third birthday. Other research has detected substantial differences in processing speeds between children’s brains as early as 18 months. The determinant? Over and over again it’s been shown to be how much parents talk to their children.

If you are a parent today, don’t let your own childhood fool you about the impact you’ll have on your child’s life. Babies aren’t born on autopilot, and you have far more of their outcome under your control than you give yourself credit for. My favorite part? Talk is free, so every parent has it in their power to have an impact on their child’s life.

The debate between nature and nurture won’t be settled anytime soon. In the meantime, I hope every parent talks, reads, and sings to their babies from the moment they are born. It can make a difference that will last a lifetime. 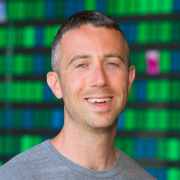